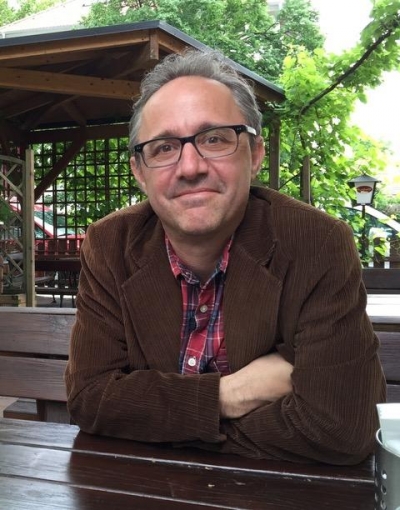 Join us for an engaging evening of reading, reflecting, and discussing the United States Constitution – a tradition at least as old as George Washington’s Farewell Address which is traditionally read on Presidents’ Day.

The evening will be opened by Williams S. Martin, Acting Deputy Chief of Mission,U.S. Embassy Stockholm.

Please register before Feb 6 th via email to events@americanclub.se and pay by Swish to 123 544 6232.  Cash at the door also possible by request.

Mark S. Weiner is the Fulbright Uppsala University Distinguished Chair in American Studies for 2018-19. In the United States, he is a professor of constitutional law and legal history at Rutgers School of Law in Newark, New Jersey. He is the author of The Rule of the Clan: What an Ancient Form of Social Organization Reveals about the Future of Individual Freedom (Farrar, Straus and Giroux, 2013), winner of the Grawemeyer Award for Ideas Improving World Order—published in Swedish by Dualis Press as Klanvälde. He also is the author of Black Trials: Citizenship from the Beginnings of Slavery to the End of Caste (Knopf, 2004), winner of the Silver Gavel Award of the American Bar Association, and Americans without Law: The Racial Boundaries of Citizenship (NYU, 2006), winner of the President’s Book Award of the Social Science History Association. Most recently, he is the co-author of Law’s Picture Books: The Yale Law Library Collection (Talbott, 2017), winner of the Joseph L. Andrews Award in Legal Literature from the American Association of Law Libraries, which is based a major rare book exhibition held at the Grolier Club in New York. He has previously been a Fulbright fellow in Akureyri, Iceland and Salzburg, Austria.

He lives in Hamden, Connecticut with his wife, a professor of nineteenth-century British literature at Wesleyan University.