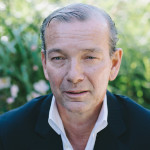 Christer Holm was a loyal member, past officer and interim President, and served for many years on the Nominating Committee 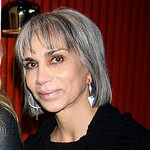 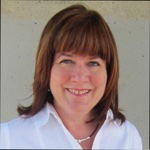 Sandra Carpenter was an active board member and avid writer. 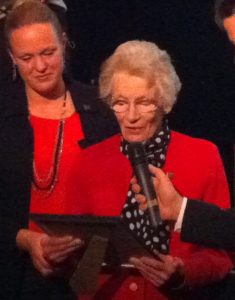 Nina Lagergren was voted an Honorary Member by the membership in 2012, the centennial of her brother Raoul Wallenberg’s birth. She accepted the Honorary Membership at an event that year and was honored for her commitment to her brother’s legacy. Jade Ekström was not only the Club’s oldest member at 98 years of age, but also its longest running member. Born Gerd, she switched her name to Jade after first moving to the US, as Gerd was difficult for Americans to pronounce.

Her relationship to our club began in 1949, with Jade joining the Swedish-American Society, which later merged into what is today The American Club of Sweden. In those days, the Society offered Lifetime Memberships, and Jade remained the Club’s only surviving Lifetime Member for decades. At our 2013 Annual Meeting she was also voted an Honorary Club Member.

Jade’s love affair with the United States began in 1946, when she and her new husband were given a three month roadtrip throughout the US as a wedding gift. This led to a move to New York, where Jade worked at her brother-in-law’s company, Testors, whose ”airplane glue” and plastic models are well known throughout America. Then came a move to Mexico City in 1956, where she started a toy manufacturing company, Modelos Jade, which employed up to 55 people.

Jade and her children returned to Stockholm in 1966. She went to work for Prince Sigvard Bernadotte, primarily helping with design work but also playing bridge regularly with the Prince and his third wife, Princess Marianne. In a 2010 interview for a Club newsletter, Jade recounted how, in the early 1930s, she and her siblings often played at the construction site, then home, of what was later to become the official Residence of the US Ambassador to Sweden. She enjoyed telling US Ambassadors and diplomats of having swum as a young girl in the basement swimming pool, the only indoor private swimming pool in Stockholm at the time. Another chapter in her life (there were many), Jade wrote and illustrated a book, Who am I within me? revealing Jade’s deeper thoughts respecting spirituality, universal love and the afterlife. Jade had a most impressive social network, which included royalty, ambassadors, scientists, Hollywood actors and more. But it was her energy and exuberance that impressed most. She was a regular at our Third Thursday mingles and at any number of Club events, always ”dressed to the T”.

Those who had the honor of being invited into Jade’s home to celebrate her birthdays could always expect a late night filled with endless toasts of sparkling wine. Jade’s American Club friends were hoping to celebrate her 70th anniversary of Club membership in 2019, and all who knew her were fully expecting to attend her 100th birthday party in 2020 — so full of life was she.

Thanks for the many fond memories, Jade Ekström.

Ingmar Matsgard was a long time supporter of the Club. Edgar Flinck was an airlines executive and long time supporter of The American Club of Sweden. Eddie served in various roles for the Club over a period of many decades.

Known as Mr. America, as the Swedish director of American Airlines he was a friend of Pan Am director, Gunnar Rasmussen. Barton received his B.A. degree at Pomona College and his doctorate at Princeton University. Arnold Barton taught history at the University of Alberta, Edmonton, Canada (1960 to 1963) and at the University of California, Santa Barbara (1963 to 1970). He taught at Southern Illinois University, Carbondale, Illinois, where he became professor in 1975 and from where he retired in 1996 as professor emeritus of history. … His research and writing covers a broad register, including Scandinavia in the era of the French Revolutionary-Napoleonic era, relations between homeland Swedes and Swedish Americans, and the Norwegian-Swedish union of 1814-1905. Barton has served on the boards of the Swedish-American Historical Society and the Swenson Center for Swedish Immigration Research. Between 1974 and 1990, Barton served as editor of the Swedish-American Historical Quarterly. … Barton was named “Swedish-American of the Year” in 1988 by the Royal Swedish Ministry of Foreign Affairs and by the two Swedish District lodges of the Vasa Order of America.

Arnold joined the American Club in 2011 shortly after relocating to Sweden from the United States. He and Aina were regulars at Club events and began promoting the Club. Arnold made a number of contributions in historical research and Swedish-American connections for the Club board and members. David Holm was from Worcester, Massachusetts, and studied at Augustana in Illinois. He moved to Sweden in 1971 and a few examples of recent service to the Club and community: 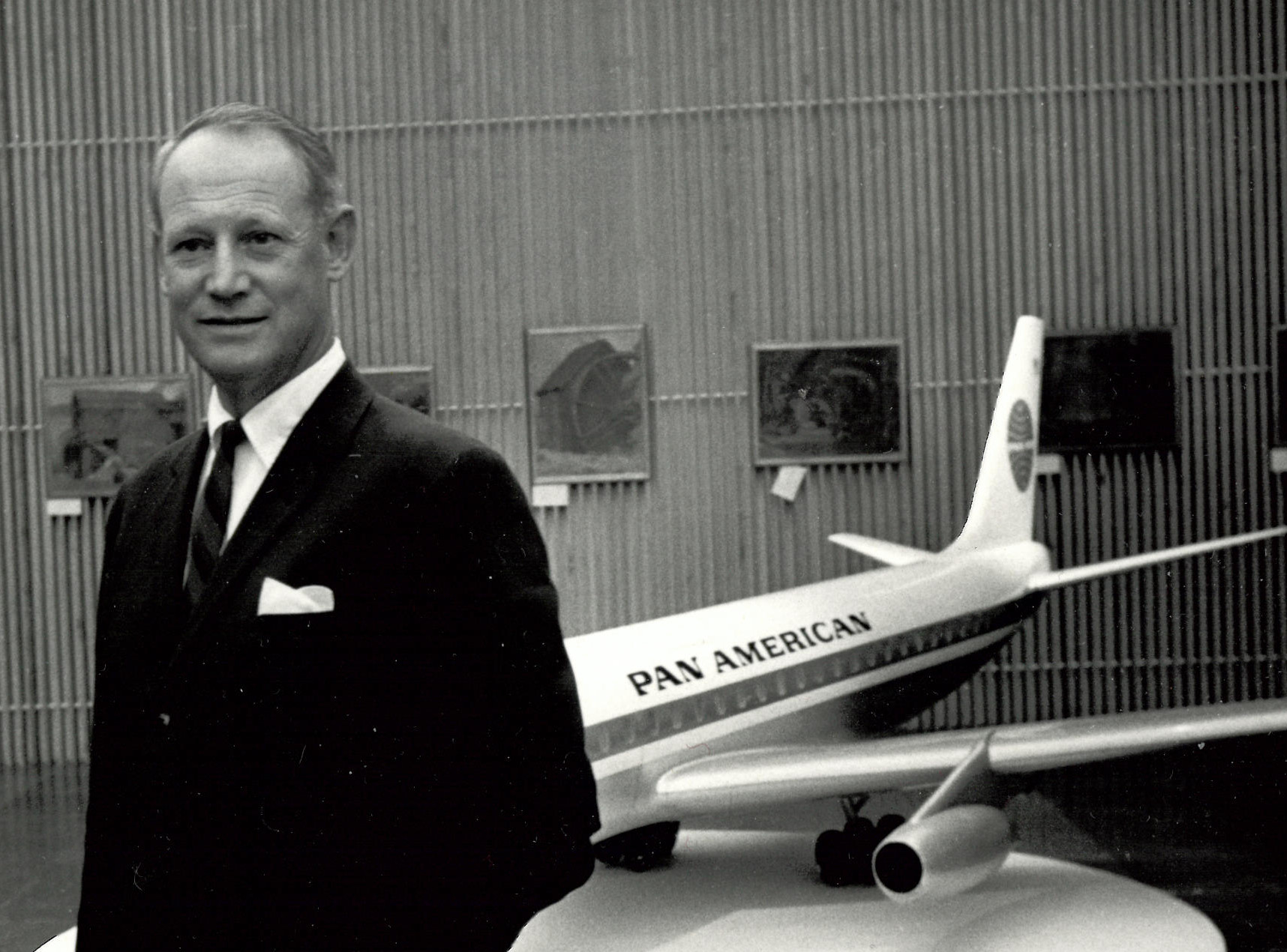 Gunnar Rasmussen served as Club President a total of 18 years in four different decades, culminated by his being voted President Emeritus in 1991. In that capacity he continued to serve as a Board member, advisor and supporter of the Club. In 2010, he was a member of a task force to advise Club leadership on attaining the Board goal of growing to 500 Members by 2011. In the end of the same year he was featured in the Club News Bulletin (with Life Member Jade Ekström).

Gunnar was born in Norway in 1922 and lived there during World War II. He later move to the United States and became a US Citizen in the mid 1950’s. Returning to Scandinavia and Stockholm as the regional director of Pan American Airways, Gunnar was involved with numerous American visitors and tours to the United States during his tenure at Pan Am. He continued as a director for United Airlines and later worked developing a chain of hotels throughout Scandinavia.

He was an instigator and organizer of countless Club events at the US Embassy, Opera Källaren, and many more. Gunnar was instrumental in a very lively and powerful period in the Club’s history during which numerous dignitaries and special guests visited and initiatives for community service were great successes. He was always dapper and upbeat, the consummate gentleman.

Gunnar was also an avid golfer and lived near Kevinge (Stockholm) and later Djursjholm’s Golf Clubs. He carried much of the Club’s golf history as his own and gave a video welcome and best wishes at the 50th Anniversary of the Club’s Golf Challenge in 2011.

He attended a Club event in March 2012, driving himself from Djursholm to the newly opened Sven-Harry’s Museum on Vasaparken. The Club President and History Committee met with Gunnar for lunch in October 2012 where he recounted numerous stories and showed his usual wit and uncanny memory of a long life well lived.

Our Club will forever remain grateful to Gunnar for his many years of service, his unwavering love of America and for the role model he was, and will remain, for many of us.

Thanks, Gunnar!
Addenda: In February 2013, Club Members, including Honorary Members, a past and the current President, as well as current Honorary President, US Ambassador Mark Brzezinski, attended Gunnar’s funeral at Djursholms Kapellet. Later that month the Club Valentine’s at Riddarhuset was dedicated to Gunnar as was the Club’s Third Thursday event at Hilton Slussen. In May 2013 the Club’s annual Golf Challenge was renamed the Gunnar Rasmussen Golf Challenge. From Ohio, Mamie Hyatt was a member of the Club and a Fulbright Scholar studying art history in Stockholm. She met many Club members during her short time in Sweden and hosted an event for Black History Month at Galleri Duerr in February 2011. Further information can be found in this obituary.